Lawnmowers are used by community work parties for grounds maintenance work at marae, schools, cemeteries and community gardens around the Wairarapa/Manawatu district. To replace or repair a lawnmower in a commercial environment can be costly. 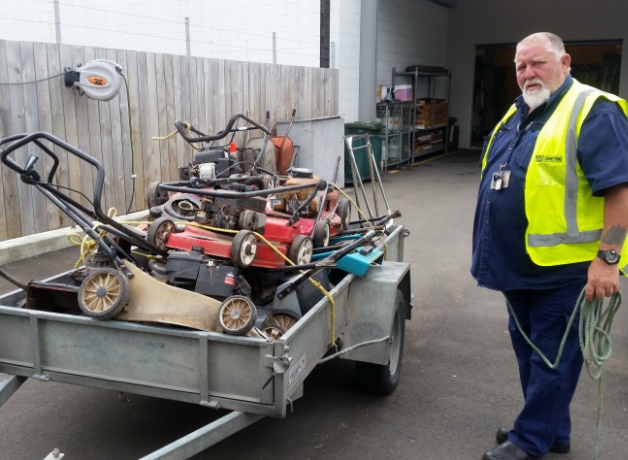 With permission from EnviroWaste in Palmerston North to pick up the discarded mowers, every fortnight a trailer load is delivered to the Small Motors workshop at Whanganui Prison.

In the workshop Instructor Hayden Veart oversees the stripping and repair of the lawnmowers by the men working towards their New Zealand Certificate Horticulture Level 2 qualification under the Primary ITO, before they’re returned to Palmerston North Community Corrections.

The course offers men the opportunity to gain worthwhile skills that can be used to find employment and help with their ongoing rehabilitation.

Any lawnmowers that cannot be repaired are used for spare parts.

Repaired mowers have been distributed to Community Corrections sites around the district.

“It’s a win – win – win,” says Palmerston North Probation Officer Nick Eagland. “Without the initial generosity shown by EnviroWaste none of this would be possible. 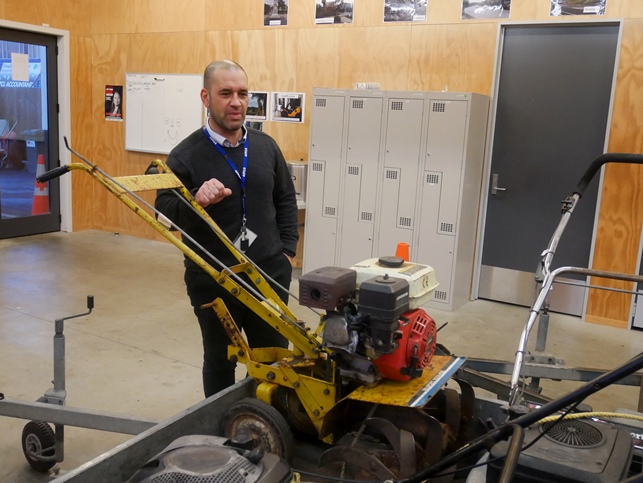 “Community Corrections benefits from the repaired lawnmowers that would otherwise be unavailable and the community at large benefits from the work being completed by community work parties.  Plus, it gives the men in the prison workshop a chance to perfect their skills.”

Hayden’s men have also recently repaired a rotary hoe which is being put to good use in the Palmerston North community garden maintained by community work teams. The garden donates produce to local foodbank Just Zilch.