For Youth Week we’re profiling three of our Youth Champions – selected probation officers, case managers, and practice leaders who have been nominated to be champions of direct engagement with young offenders at their prison site or service centre. 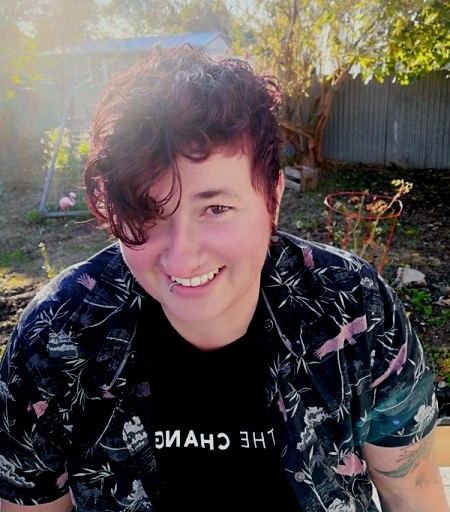 Case Manager Dorothee (Dot) Boudelot says being a Youth Champion is a bit like growing a flower. It starts with planting the seed of an idea that change is possible. Next, with a bit of nurturing the young men start to grow towards their potential. Finally, after perhaps weathering a storm or two, the men begin to blossom.

Dot, a horticulturalist by trade, started working at Manawatu Prison five years ago as a Corrections Officer and now works as a Case Manager. She quickly recognised that young men in prison need different support to older men, so she became a Youth Champion within the prison.  The Tu Mai unit was developed a few years later to enable more focused work with these young men.

“These men are still developing, so by showing them a different way of life they have a greater chance of breaking the cycle of offending,” says Dot.

“Being a Youth Champion is all about giving the men what they need to grow as an individual. It’s about letting them know you’ve got their back and you’re there to help them achieve their goals – such as getting a job, studying, or staying out of prison. Many of them have never had this kind of support before.”

She says in can be a bumpy ride and it is disheartening if a young man returns to prison. However, it’s all about the small wins.

“It’s a fantastic feeling when you bump into one of the young men you’ve worked with in the street and they want to tell you everything they’ve achieved since they left prison. It’s encouraging to know that I’ve made a real connection, and something has clicked with them.”

Dot is also the district lead for the area, which means she supports and mentors other Youth Champions.

In her spare time Dot volunteers for the Palmerston Youth Network and the Diabetes Trust. Dot was diagnosed with type 1 diabetes and acts a mentor for young people with the same disease. She feels this work helps her to branch together the men in the Tu Mai Unit with young people in the local community.

“It’s about putting a youth perspective on everything we do,” says, a Rimutaka Prison Programme Facilitator Juliet Leeming.

“As a Youth Champion you empower a young person while also supporting them to do the right thing.”

Each Youth Champion has their own way of achieving this, but Juliet explains that their collective aim is the same: to be an advocate for young people, have a ‘youth approach’ to work, and support other colleagues to do the same.

Juliet praises her counterparts, many of whom have previous youth work experience, for going above and beyond and working creatively in challenging circumstances. However, Juliet herself has also set the bar high.

A Youth Champion since 2016, Juliet has worked in a number of youth related roles and has volunteered with Youthline since 2014 as a phone counsellor, supervisor, and facilitator.

She was instrumental in setting up Ara Taiohi training on the Youth Code of Ethics specifically for Corrections colleagues.

“We received positive feedback from both the attendees and the training facilitators, so hopefully we will be able to arrange more training for Corrections staff working with youth around the country!”

Juliet is also currently talking to other Youth Champions about how they can better support young female offenders to ensure they receive the support they need to change their lives for the better. 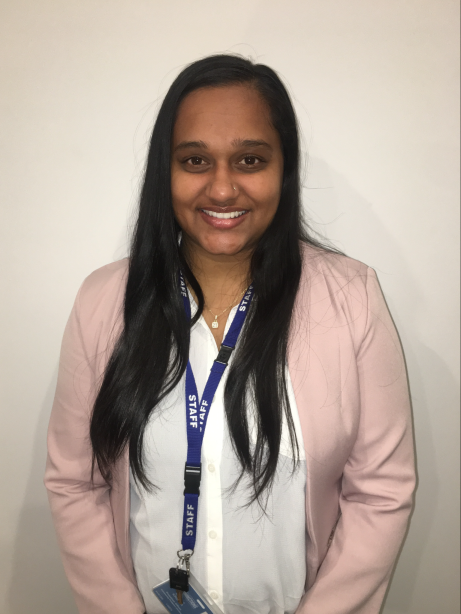 Caroline’s role as a youth champion has highlighted to her that it really does take a village to raise a child.

Manurewa Probation Officer Caroline Ailao has been a youth champion for about two years. In the role she works with many other agencies, for example Oranga Tamaraki, Soloman Group, Strive, and Youth Horizons, who work together to provide the required support for young people.

As well as carrying her own caseload of young people, Caroline supports colleagues who are managing a young person.

“I am persistent when working with rangatahi and committed to helping them create positive change,” says Caroline.

Caroline takes pride in her involvement in Pai Ake, a six-week programme back in 2018 to support rangatahi to achieve work readiness. “I attended graduation and remember how great it was to see these young men dressed in their best clothes greeting their whānau and ushering them to their seats, offering them refreshments and just being awesome hosts.”

Caroline saw how proud they were of themselves of achieving something and sharing that moment with their loved ones.

Caroline enjoys the challenge of working with rangatahi. “They are the future and viewing them like this makes me more determined to guide them to make something of themselves.”

Some young people are harder to get through to, but Caroline has found ways to break the ice when they appear less interested in engaging. Working with one young woman who would lose interest in conversations during report-ins, Caroline adapted to her learning style.

“It was as simple as providing her with poster paper and coloured vivid to have meaningful contact with her. This was a breakthrough as she started sharing about her drawings and tagging, which indicated some trauma of losing her older brother and helped explained her anti-authority views. This opened doors for me to provide support in those areas that she needed,” says Caroline.

A pending invitation to return to her former high school (James Cook) to speak to students is an eagerly awaited opportunity to inspire them to pursue further education.

On self-observation it is clear that Caroline tends to place herself in positions where she can influence others in a positive manner, from being head girl at school to being a mentor at university and now working with young people at Corrections.

“I am able to relate to rangatahi especially due to growing up in Manurewa and seeing first-hand the hardship families go through. I understand how sometimes our rangatahi aren’t given the best start and that we need to keep this in mind when working with them.”