A new partnership between Invercargill Prison and KiwiHarvest is providing fresh vegetables for 23 organisations across the Southland Region.

This initiative not only provides kai (food) for people in need, but gives prisoners important life skills on how to grow and nurture their gardens, which they can take with them when they leave prison and return to their whānau.

Under the tutelage of Invercargill Prison’s Horticulture Instructor and Grounds Instructor, the seven men in the horticulture work group grow a range of garden produce for all seasons.

Invercargill Prison has been supplying kai to the Salvation Army for some time, and is thrilled to have expanded donations to KiwiHarvest.

KiwiHarvest are NZ’s largest and most dedicated food rescue organisation, with five branches across the country. The Invercargill arm began in Branch Manager Jessie Beer’s garage in August last year, and over the last eight months their team has distributed 92,117kgs of produce around the Southland region – the equivalent of 263,191 meals. 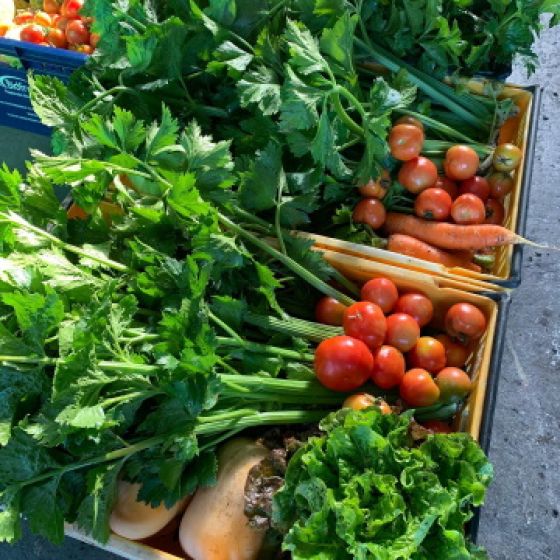 The fresh food grown at Invercargill Prison is particularly important, as most charity donations are made up of canned and dry goods, with a lack of fresh fruit and vegetables.

“It’s incredibly rewarding for the men working in the gardens,” says Barry. “They take great pleasure supplying the vegetables to the Salvation Army and KiwiHarvest. Some of them have been on the receiving end of food parcels in the past, and have told our team how it’s good to give back. They take pride in their work and the produce they provide.”