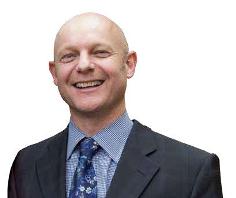 Results like this don’t just happen; they are the combined effort of thousands of people. Nearly 8,000 of these people work at the Department of Corrections.

This Annual Report for the year ending 30 June 2014 is my fourth Annual Report as Chief Executive of the Department of Corrections. Over this period our people have been asked to challenge the status quo and adopt new approaches to managing offenders. They have responded to this challenge and this year more than ever you will see that our efforts have begun to show genuine progress. More offenders are receiving the support they need, and that support comes in a multitude of forms. Re-offending rates are going down and we’re well on the way to achieving the target of a 25 per cent reduction in re-offending by 2017.

So, how do we reduce re-offending? For some people, a conviction provides the wake-up call they need. With our guidance, they make the most of their time, whether it is in prison or serving a community sentence. They seek help, gain new skills, deal with underlying drug and alcohol issues, improve their education and learn how to cope better with the trials life brings.

For others, it’s not so easy to leave behind a lifestyle fuelled by drug and alcohol use, violence, abuse and crime. When you are defined by your crime and your reputation for violence precedes you, it can be incredibly hard to find the resolve to change. But we can and do persist. Everyone who works on the frontline at Corrections has a story to tell of that person no-one thought stood a chance of rehabilitation. But with targeted support at the right time they were able to make a change that in turn changed the lives of their families/whänau and their community.

There will, of course, always be those few who continue to pose a significant risk to society. These people need to be held securely in prison or electronically monitored in the community. As our technology has advanced and our sites have been upgraded, we have increased our ability to house these people in secure conditions that reduce their risk to the public, yet still provide access to essential training and rehabilitation opportunities.

I am incredibly proud of our results over the last year. Our organisation has continued to broaden its focus on rehabilitation. In the community, where the majority of offenders are based, over 6,500 offenders undertook rehabilitation programmes. Nearly 25,000 offenders received drug and alcohol support in 2013/14, an 87 per cent increase from 2012/13. Three of our facilities are now operating as working prisons, providing approximately 850 prisoners with a routine similar to the 40 hour working week. We have seen a 154 per cent increase in the number of prisoners participating in literacy and numeracy programmes, and over a 1,000 per cent increase in the number of prisoners gaining qualifications1. As people leave prison, their successful return to the community is being aided by our Out of Gate programme, which puts ex-prisoners in touch with the support networks they need on the outside. So far, more than 1,600 people have been referred to this service.

This year in Christchurch, offenders began rebuilding 150 state houses damaged in the quakes. This rebuilding goes beyond bricks and mortar; it is echoed across our organisation. We’re rebuilding the lives of offenders, and in turn we’re helping to rebuild the lives of those families/whänau and victims whose lives are marred by crime.