The Minister of Corrections Hon Kelvin Davis is responsible for determining policy and exercising statutory powers and functions related to the Corrections portfolio.

The Minister is also responsible to Parliament for ensuring Corrections carries out its functions properly and efficiently.

Powers and functions of the Minister of Corrections

The Corrections Act 2004 creates several powers and functions such as: 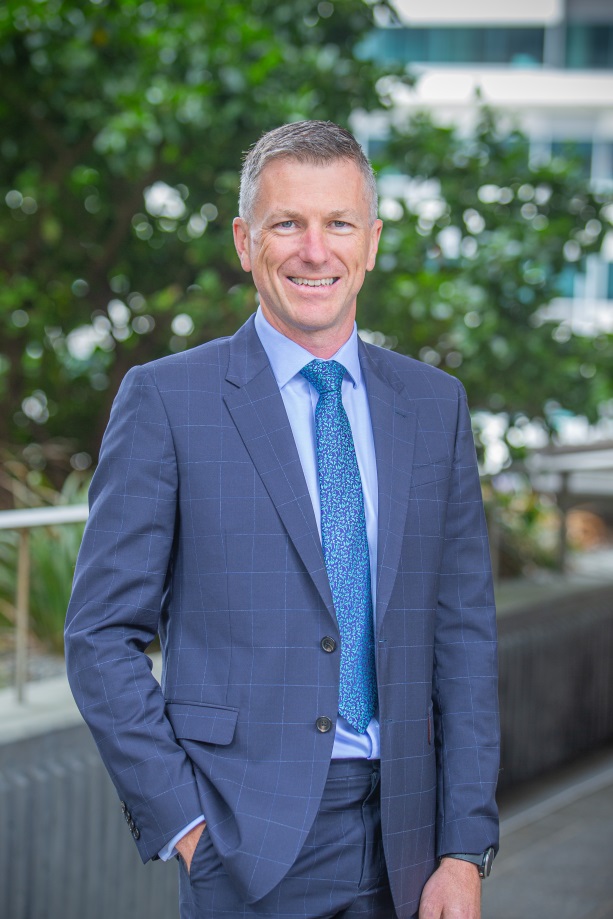 Appointed as Chief Executive in February 2020, Jeremy leads a workforce of nearly 9,000 people who manage around 10,000 people in prison and 30,000 people serving sentences or orders in the community.

He played a critical leadership role in developing Hōkai Rangi, Corrections’ five-year strategy setting out our commitment to eliminating the over representation of Māori in the criminal justice system. Hōkai Rangi seeks to create safer environments and communities for everyone by placing wellbeing at the heart of everything we do, developing positive relationships and showing manaaki.

Jeremy has held numerous roles since joining Corrections in 2010 – including Deputy CE, General Manager of Finance, Technology and Commercial, and National Commissioner.  He was also the Public Private Partnership (PPP) Director for the Wiri Prison Project (Now Auckland South Corrections Facility) overseeing the country’s first PPP to combine design, build, financing and operation of a prison.

Jeremy has extensive public sector, commercial and contract management experience both in New Zealand and the United Kingdom, with a strong focus on PPPs and Public Finance Initiatives. Richard Waggott became DCE People & Capability in August 2020, making him responsible for delivering all People services, and Health & Safety services to over 9,000 staff across 17 prisons and 150 Community Corrections Sites.

He leads the ministerial, media, and organisational change teams for Corrections, and a Justice Sector wide team that delivers innovative approaches such as Bail Support and Pre-Trial Services.

Richard has been with Corrections since 2004 in a number of roles including DCE Corporate Services, DCE Service Development, General Manager Human Resources and Director of Learning and Development.

He has over 20 years’ experience across the public and private sector and is passionate about delivering better and fairer social outcomes through the growth and development of people. Juanita joined Corrections 12 years ago as a psychologist in the Waikato.  As Deputy Chief Executive Health Services, Juanita is responsible for the operational delivery of health, mental health, addictions and disability services for people on remand or serving sentences.

She’s worked as a principal psychologist, Director Programmes and Interventions, and Chief Psychologist. Frontline experience seeing and treating people in care has given Juanita a good understanding of the challenges and opportunities we now face.

In her present role Juanita has worked to strengthen leadership and service delivery within the Health Rōpu.

The Health Services team have a clear focus and vision to transform health services to support and enable Pae Ora and achieve equity of Health care for Māori health. Four key priorities sit under this objective.

She is committed to working towards social justice and equity of outcomes for Māori and she greatly values the relationships Corrections has formed with iwi and mana whenua.

Mat joined Corrections in 2008 and has held a number of senior roles across the organisation.

Mat originally comes from a procurement/commercial background and has held a number of roles in this area. Prior to becoming the Assistant Prison Director at Rimutaka and Arohata, he was the Deputy Director of our Commercial Division. Mat held the role of General Manager Prison Industries prior to becoming Private Secretary to the Minister of Corrections. He returned to National Office to take up the role of Programme Director for Māori Pathways and also played a pivotal leadership role in our early response to COVID-19 in March 2020.

Before his appointment to acting DCE FPA Mat was the Director Office of DCE Māori and has previously acted in various DCE roles when required. He brings significant skills and experience, a deep understanding of the organisation, and a commitment to making a difference to the DCE FPA role. Alastair was appointed as Deputy Chief Executive in June 2022 and leads the Infrastructure and Digital Assets (IDA) team.  IDA’s responsibility is to ensure the effective provision of infrastructure and systems to enable our front-line staff and partners across the custody, community and corporate environments.  The IDA group includes National Property, Information Systems (IS), Electronic Security (ES),  National Procurement, Commercial/contracts management, and the Departments PPP commercial partnerships.

Alastair joined the Department in 2018 as Chief Digital Officer. He has led the transformation of our digital and business teams toward product-oriented working, and to enable a step change in how the Department manages and uses secure, mobile, cloud-based technology products and services.

Before joining Corrections Alastair had a career in engineering and in senior roles with NZ and international technology firms.  He has experience with large scale commercial and contract relationships, with scale build programmes and in building and deploying complex digital systems. He had been a member of Corrections' Māori leadership board, Te Poari Hautū Rautaki Māori, which worked alongside frontline staff, service providers, academics and other Māori experts to assist in the development of the final Hōkai Rangi 2019 – 2024 strategy.

The DCE Māori role was created as one of the first actions in Hōkai Rangi, focussed on maximising positive outcomes for Māori in the corrections system. Now, the DCE Māori business group has been resourced to include a Rautaki Māori Strategy & Partnerships team as well as key organisational functions including Policy, Research & Evaluation, Psychology & Programmes, Reintegration & Housing, critical change portfolios and the Māori Pathways Programme.

Corrections Services is our operational arm, made up of all frontline service delivery positions operating across four regions, as well as specialist support groups based at National Office. Within each region, a number of districts and a local management team work to find solutions for local issues. Frontline staff make sure that every interaction with offenders helps them to break the cycle of offending.