The distribution of ethnicity for all offenders in the sample is shown in Figure 1. Ethnicity information was collected from the IOM computer system and confirmed during interview. The distribution indicated that overall the YOU’s reflected the ethnicity distribution found in mainstream prison units. However, when ethnicity was examined across the three YOU’s, marked differences in distribution were found. Table 1 shows that while the Hawkes Bay unit had a virtually even split between Maori and European, the WBOP unit were 71% Maori and the Christchurch unit 68% European. This difference in ethnicity distribution was found using Pearson Chi Square analysis to be statistically significant (X? = 16.57, df = 6, p = .011). No significant difference was found based on ethnicity for any of the offence variables or risk measures used in this study. Figure 2: Distribution of age of first conviction for all study participants

of age (see Table 2). No significant difference was found for age of first conviction between Very few were convicted in court before 15 years of age (26%) with half the sample convicted at either 15 or 16 years the three YOU in the study.

Table 2: Percentage by age of conviction for total sample

Current age. The mean current age for the sample was found to be M = 17.5 (SD .76) with a range of 16-19. When the age distribution was graphed in Figure 3 it is clear the only a very small number of youth offenders incarcerated in the YOU’s were either 16 or 19 years of age. In total 84% were 17 or 18 years of age when assessed. A significant difference was found between the three YOU’s in the study for current age. A one way ANOVA using age and YOU placement found that the WBOP unit mean age (16.95) was significantly lower than the other two units (F = 11.17, df = 2 , p = 0.0000). The interaction between the three unit mean current offender ages is shown in Figure 4 on the next page. 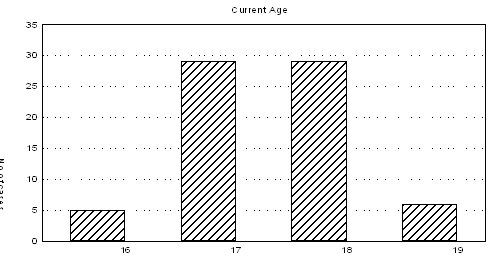 Figure 4: Interaction between mean age and YOU placement

Index offending. In looking at the offending that had resulted in the longest current sentence Figure 5 shows the distribution of index offending for the total sample. Aggravated robbery was the most frequent imprisonment offence followed by dishonesty (mainly burglary but also included theft ex car and stealing motor vehicles) and serious assault (aggravated wounding, assault with intent to injure, GBH). Note that in classifying sexual offences those in which there was rape of a victim over 12 years were listed as rape but those involving victims under 12 were listed as Child Sex Offences (CSO) due to the larger age difference between the offender and victim(s). Figure 5: Distribution of index offending for youth offenders in the study

Table 3: Distribution of index offences by YOU

Descriptive analysis of offence related variables. In addition to index offending data were gathered on a number of other offence related variables. These were sentence length (calculated in months), total number of convictions, including their index offence(s), criminal versatility (number of difference offence types based on 11 categories), and number of violent and sexual offences. Details on the means and range for these variables are contained below in Table 4.

Table 4 reveals that the offenders in the YOU’s typically were sentenced to approximately 2 years 8 months. This means that in the main they are sentenced under the Sentencing Act 2002 and eligible for parole after a third of their sentence. In the case of the mean sentence length this means possible parole after 11 months. The youth offenders had a mean total number of convictions of 17 including their index offences and these offences were in a mean of four difference offence types. The mean number of violent convictions at 2.20 is high when not all were convicted of violence with a far lower mean for total convictions for sexual offending, a low base rate offence type.

Multivariate analysis of offence variables by YOU. When the variables listed in Table 4 were examined using a one way ANOVA where the grouping variable was the three YOU’s significant differences were found for mean total convictions and criminal versatility.

NB values marked in bold were significant at p < .05

Table 5: ANOVA results for risk variables with YOU placement as the grouping variable

The interactions between the YOU placement and the means for the significant variables are shown in the graphs on the next page. Figure 6 clearly reveals that the mean total convictions for the Hawkes Bay (M = 21) and Christchurch (M = 20) YOU’s were significantly higher then the WBOP unit (M = 9). Figure 6: ANOVA Interaction between total convictions and YOU placement Figure 7: ANOVA Interaction between mean criminal versatility and YOU placement

Figure 7 clearly reveals that the mean number of offence types indicated by the variable criminal versatility were significantly higher for the Hawkes Bay and Christchurch (M = 5) YOU’s than the WBOP unit (M = 3). Both total number of previous convictions and criminal versatility are associated with a higher risk of reoffending.

Data for the PCL: YV, YLS/CMI, and RSYO was gathered for all 69 study participants, and RoC*RoI for 66. Details on the means, standard deviations, and score range are listed below in Table 6 for the total scores for the four measures and subscales.

Table 6: Means and standard deviations for total and subscale scores for all four study risk measures

RoC*RoI. The mean for RoC*RoI at .58 is high compared to the general prison population (approximately .40). Figure 8 below reveals a normal distribution of RoC*RoI scores with a positive skew reflecting the high average risk of serious recidivism. Figure 8: Distribution of RoC*RoI scores for the study sample

The RoC*RoI score distribution was divided up into risk categories, Low = 0-.49, Medium = .50-.69, and High = .70+ (see Table 7). This showed that 29% of the sample would meet the departmental classification as high risk offenders with 71% above the .50 cut-off for intervention (see Appendix D for a distribution graph of risk categories).

PCL: YV. The mean for the PCL: YV (25.09) is similar to other studies using the instrument with incarcerated violent adolescent offenders (Forth, et al., 2003). The range was skewed high 9-39 again reflecting the high risk nature of this youth offender population. The distribution in Figure 9 on the next page indicates a number of the sample scoring 30 or more, the cut-off usually associated with severe interpersonal and affective deficits. The mean scores for the four factors contained in the PCL: YV are also high, especially for Factor 2 (M = 5.43): Affective and Factor 3 (M = 7.13), Behavioral. The distribution of all the factor scores is shown in Figure 10. While Factor 1 and 2 are associated with interpersonal and affective deficits and relate more to poor responsivity, the Factor 3 and 4 scores relate to a pattern of antisocial behaviour across settings and time. Figure 9: Distribution of PCL: YV scores for the study sample

When the PCL: YV scores are split into the risk categories used in the manual similar percentages were found for the three risk groups shown in Table 8 (See Appendix D for a distribution graph of risk categories).

RYSO. The mean for the RYSO was also skewed high for this sample. Figure 11 below shows a normal distribution for the total score with some participants having very high scores on the risk instrument. Figure 11: Distribution of RSYO scores for the study sample Figure 10: Distribution of scores for the PCL: YV four factors